Our recent Scientific Reports paper, Relating Natural Language Aptitude to Individual Differences in Learning Programming Languages, was featured recently in a UW News article, Not a ‘math person’? You may be better at learning to code than you think. From the article:

“Many barriers to programming, from prerequisite courses to stereotypes of what a good programmer looks like, are centered around the idea that programming relies heavily on math abilities, and that idea is not born out in our data,” said lead author Chantel Prat, an associate professor of psychology at the UW and at the Institute for Learning & Brain Sciences. “Learning to program is hard, but is increasingly important for obtaining skilled positions in the workforce. Information about what it takes to be good at programming is critically missing in a field that has been notoriously slow in closing the gender gap.” Language skills are a stronger predictor of programming ability than math knowledge, according to a new University of Washington study. Here, study co-author Malayka Mottarella demonstrates coding in Python while wearing a specialized headset that measures electrical activity in the brain.

Scientific Reports, an open-access journal from the Nature Publishing Group, has recently accepted a paper from our team of researchers titled, ‘Relating Natural Language Aptitude to Individual Differences in Learning Programming Languages’. Below is the abstract for this paper:

This experiment employed an individual differences approach to test the hypothesis that learning modern programming languages resembles second “natural” language learning in adulthood. Behavioral and neural (resting-state EEG) indices of language aptitude were used along with numeracy and fluid cognitive measures (e.g., fluid reasoning, working memory, inhibitory control) as predictors. Rate of learning, programming accuracy, and post-test declarative knowledge were used as outcome measures in 36 individuals who participated in ten 45-minute Python training sessions. The resulting models explained 50–72% of the variance in learning outcomes, with language aptitude measures explaining significant variance in each outcome even when the other factors competed for variance. Across outcome variables, fluid reasoning and working-memory capacity explained 34% of the variance, followed by language aptitude (17%), resting-state EEG power in beta and low-gamma bands (10%), and numeracy (2%). These results provide a novel framework for understanding programming aptitude, suggesting that the importance of numeracy may be overestimated in modern programming education environments. A UW News article describing our BrainNet brain-to-brain network paper published in Scientific Reports was the top news story published by UW News in all of 2019! The article, How you and your friends can play a video game together using only your minds, accounted for over 44% of all unique pageviews of the top 10 UW News articles in 2019! Congratulations to the research team! Chantel’s path to neuroscience was recently featured in a podcast called “Cognitive Revolution” which explores the personal side of scientists’ stories. The CCDL has recently participated in film shoots demonstrating aspects of our Brain to Brain research. These demonstrations will be a part of documentaries exploring the Brain Computer Interfaces. Thank you lab members Prestion Jiang, Jane Romani, and Jessica Crane for volunteering to help during these film shoots! The journal Brain and Langauge has recently accepted a paper from our post-doc Peiyun Zhou titled, ‘Monitoring of attentional oscillations through Spectral Similarity Analysis predicts reading comprehension’. Highlights of the paper are:

Figure 1 caption: The similarity of spectral composition between resting-state qEEG and Nelson-Denny reading task qEEG of a proficient reader at 99th percentile (left) and a poor reader at 60th percentile (right)

The CCDL is excited to welcome two summer interns, Ali Black (left) from Stanford University and Shelby Thompson (right) from Spelman College. During their internship, both will be learning to apply Dynamic Causal Modeling methods on neurotypical resting state and Parkinson’s patient fMRI data. At the 2019 Cognitive Science Society conference, Jose Ceballos was awarded the Marr Prize for his paper, ‘The Role of Basal Ganglia Reinforcement Learning in Lexical Priming and Automatic Semantic Ambiguity Resolution‘. The Marr Prize is awarded yearly to the best student-first authored paper at the conference. 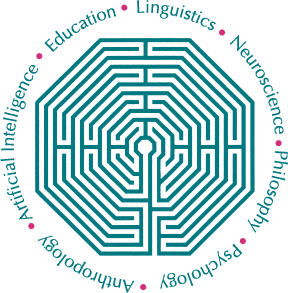 Congratulations to Mari Ramirez, a former CCDL Research Assistant, on being selected for the Husky 100 ! Reconnecting with Tamara Swaab and Ron Mangun, wonderful mentors for science and for life.