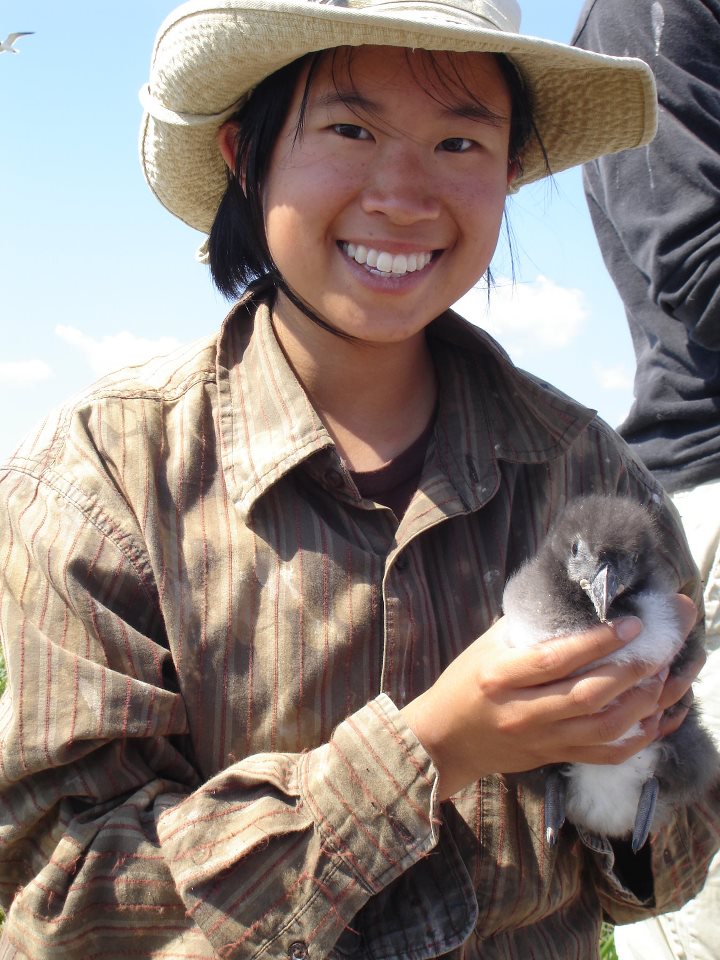 This fall, we welcomed a new graduate student to COASST: Jennifer Ma. Jenn comes to the UW from New York, where she completed her undergraduate degree in Wildlife Science at the State University of New York College of Environmental Science and Forestry. As a graduate student, she’ll be working with our COASST data to “explore the unexplored:” trends and emerging patterns from the last fifteen years of beached birds. Jenn’s first look at the data involves digging deeper into the 2009 algal bloom event on the Washington coast.

Dead birds aren’t the only kind of birds she’s interested in. As an avid birder and former field technician, Jenn has a lot of love for seabirds and other feathered friends. Since graduating in 2011, she has done field work in New Jersey with Piping Plovers, in Maine with Project Puffin, in Australia with Fairy-wrens, and in New Hampshire with warblers. She’s also traveled in between jobs to Ireland, throughout Australia, and New Zealand (birding, of course).

Jenn is excited to get her graduate degree up and running and we look forward to sharing her results!