Purpose
This study developed and tested an algorithm to classify accelerometer data as walking or non-walking using either GPS or travel diary data within a large sample of adults under free-living conditions.

Methods
Participants wore an accelerometer and a GPS unit, and concurrently completed a travel diary for 7 consecutive days. Physical activity (PA) bouts were identified using accelerometry count sequences. PA bouts were then classified as walking or non-walking based on a decision-tree algorithm consisting of 7 classification scenarios. Algorithm reliability was examined relative to two independent analysts’ classification of a 100-bout verification sample. The algorithm was then applied to the entire set of PA bouts.

Results
The 706 participants’ (mean age 51 years, 62% female, 80% non-Hispanic white, 70% college graduate or higher) yielded 4,702 person-days of data and had a total of 13,971 PA bouts. The algorithm showed a mean agreement of 95% with the independent analysts. It classified physical activity into 8,170 (58.5 %) walking bouts and 5,337 (38.2%) non-walking bouts; 464 (3.3%) bouts were not classified for lack of GPS and diary data. Nearly 70% of the walking bouts and 68% of the non-walking bouts were classified using only the objective accelerometer and GPS data. Travel diary data helped classify 30% of all bouts with no GPS data. The mean duration of PA bouts classified as walking was 15.2 min (SD=12.9). On average, participants had 1.7 walking bouts and 25.4 total walking minutes per day.

Conclusions
GPS and travel diary information can be helpful in classifying most accelerometer-derived PA bouts into walking or non-walking behavior. 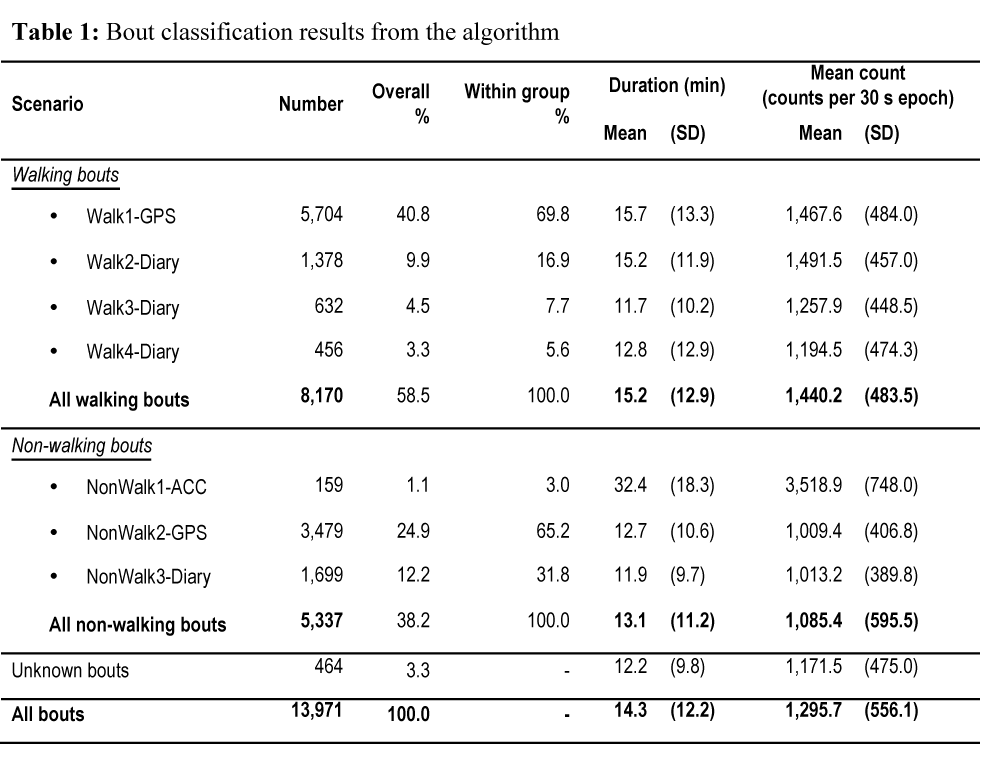 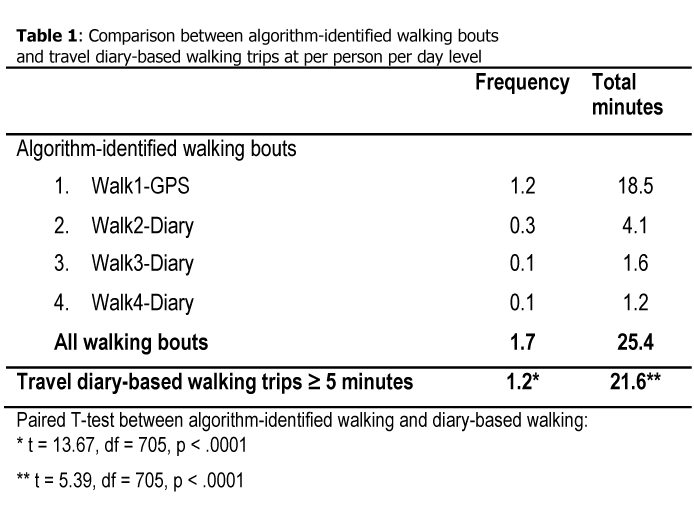 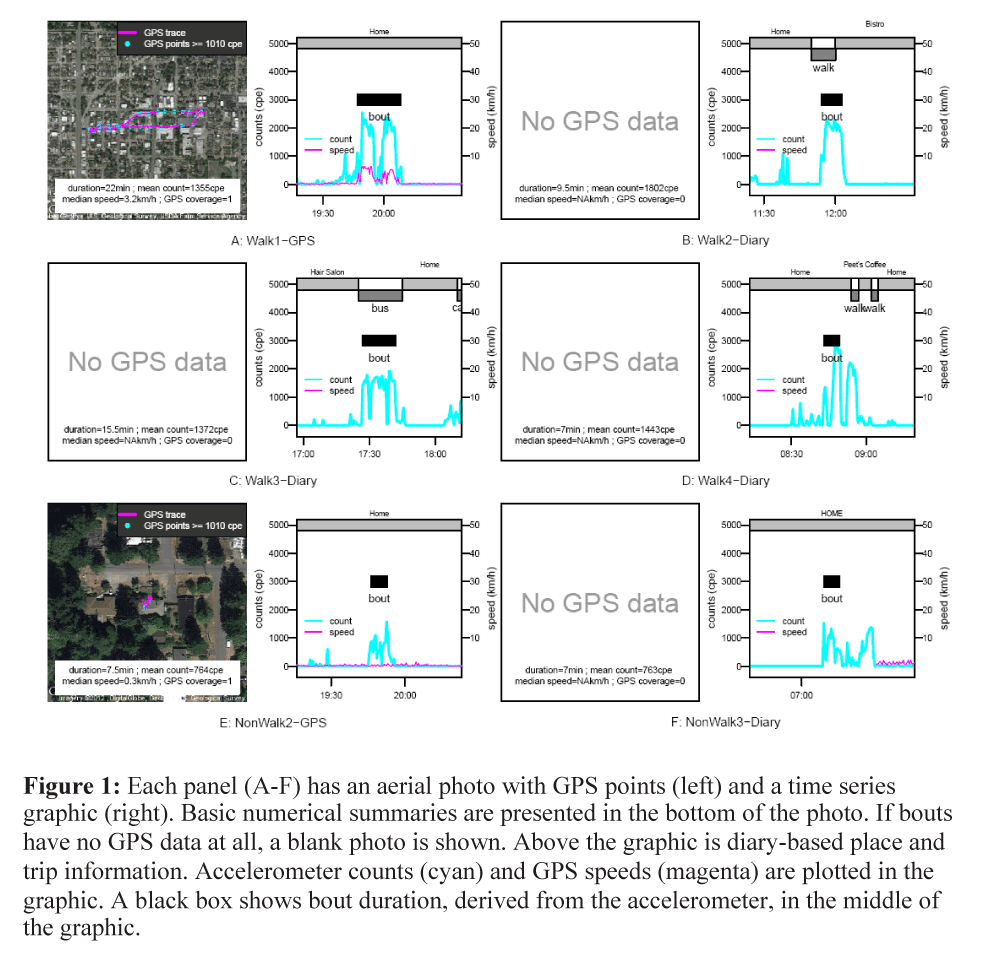