You have received e-mails and packages from them, they enter survey data, and occasionally, they wander out to do surveys. But who are they really? Well, to get to know them better, here is a little information about each COASST Intern. 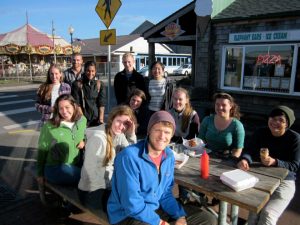 COASST Interns after a survey

After graduation, Monisha would like to try many things; such as traveling, working for a non-profit organization, and possibly going to graduate school. In her free time she likes to rock climb, hike, and backpack.  Monisha’s favorite seabird is a rhinoceros auklet because it looks like a flying football.

Upon graduation, Summer wants to attend graduate school. When Summer is not busy with school or COASST, she enjoys traveling the world. She has been all over Asia and Australia. In one word, people would describe Summer as kind.

Clinton would like to go to graduate school after he completes his undergraduate studies. In his free time he likes to swim, scuba dive and do pretty much anything outdoors or dealing with water. Clinton’s favorite seabird is a Short Tailed Albatross because it can fly incredible distances.

Logan wants to become a workingman when he graduates. His favorite seabird is a Glaucous Winged Gull because it reminds him of his home state, California. In his free time he likes to scuba dive. An interesting fact about Logan is that he owns exotic snakes.

When he graduates, Drew wants to backpack around the world. Outside of COASST and school, he likes to play and write music. Most people consider Drew to be pretty chill. A fun fact about Drew is that he was on the UW’s Ultimate Frisbee team for two years.

Erin wants to be a ski bum for a year before going on to graduate school when she finishes at UW. Outside of school, her hobbies include playing soccer and eating burritos. Something interesting about Erin is that she can ride a unicycle and people would describe her as supercalifragilisticexpialidocious. 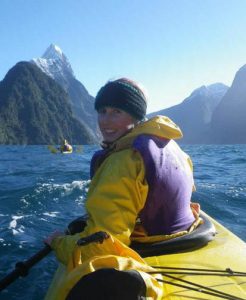 Peder plans to work in the global health field before going to medical school when he graduates. Peder is originally from Minnesota, which most people do not believe since he does not have an accent. Peder’s favorite seabird is a brown pelican because in the movie Finding Nemo the pelican, Nigel, helps to save Nemo. Most people would describe Peder as driven.

Tor likes to live life as it comes. After she graduates she would like to be involved with a conservation project before heading back to school. Tor’s favorite birds are penguins because the male cares for the egg while the female hunts for food. Tor is very athletic, playing rugby for UW and on several soccer teams. Fun fact about Tor is that she has played in international soccer games for FIFA and scored an international goal. 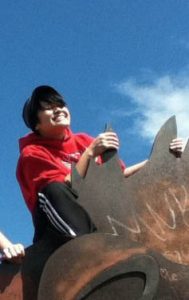 Future plans for Sydni include, traveling somewhere exotic before finding a job in Seattle. In her free time, she volunteers at the Seattle Aquarium and likes to spend time outdoors hiking and boating. Most people would describe Sydni as enthusiastic. An interesting fact about Sydni is that she is able to tap dance. 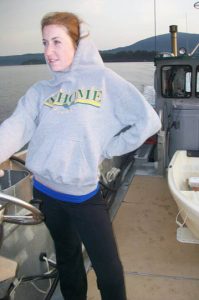 In the future, Rachael wants to go to graduate school or travel the world. People would describe Rachael as happy. When she is not busy with school or COASST, she likes to paint. One day, Rachael dreams of being on the Amazing Race. 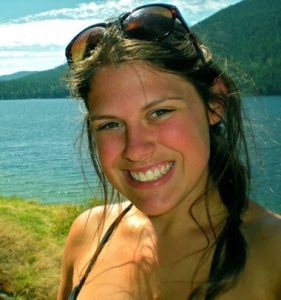 Stephanie plans to go to graduate school for a PhD in ecology when she has completed her undergraduate studies. Outside of COASST and school, Stephanie enjoys reading, traveling, hiking, knitting, and scuba diving. An interesting fact about Stephanie is that her favorite animal is the African elephant. She plans to go to Africa to study these great creatures. 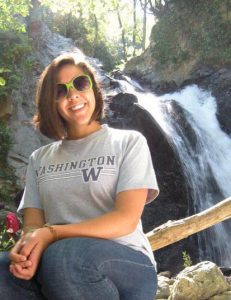