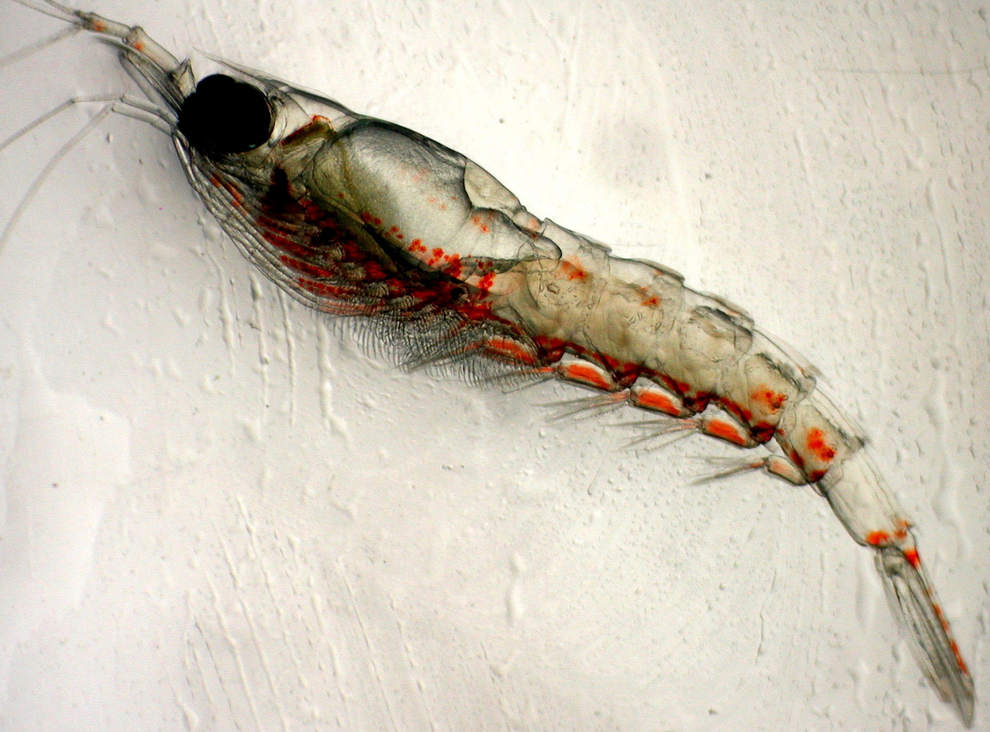 Krill, as viewed from a microscope. Credit: NOAA Fisheries.

Since late June, Oregon and California COASSTers have been keeping their eyes out for large numbers of krill coming shore. This puzzling phenomenon, mentioned in a previous post, has been happening on beaches from Bodega Bay, California to Newport, Oregon, and scientists are still unsure about the cause. Speculated causes include a krill pathogen, or swarms of krill being carried off by the wind when they come to the surface to mate or to get more oxygen (possible hypoxia event?).